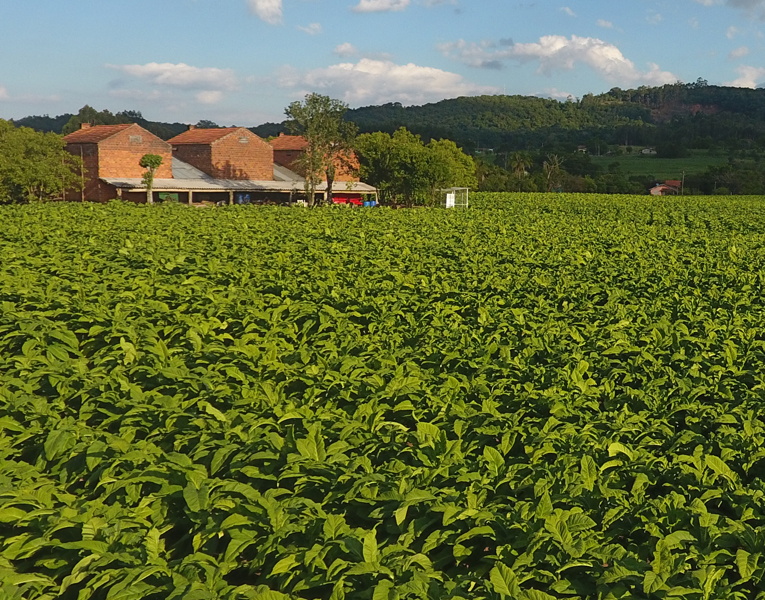 Here is no question about the socioeconomic role of tobacco in South Brazil. Grown in 508 municipalities in Rio Grande do Sul, Santa Catarina and Paraná, tobacco is produced on 254 thousand hectares, by 138 thousand integrated growers. A universe of approximately 552 thousand people is involved in this production cycle in the rural setting, reaching a gross income of R$ 6,6 billion. (Source: Afubra).

Good for the countryside, better for the town. In the 2020/2021 crop year, production reached 583 thousand metric tons – of this total, 51% was produced in Rio Grande do Sul, 28% in Santa Catarina and 21% in Paraná, generating some 40 thousand direct jobs in the companies of the sector based in Brazil.

With such production volumes, Brazil stands out in the global scenario, ranking as second biggest producer and, since 1993, leader in leaf exports in the world. Of the total production, 85% is destined for the international market. Clients from all over the globe – 105 countries – are supplied by Brazilian tobacco. In 2021, the exports of the sector reached 464 thousand metric tons and total revenue of US$ 1,46 billions/FOB.